I’ve noticed the mixer is having problems. I have created a playlist with music and voicetracks. When I save the playlist and reload I find the voicetracks have different names (no problem). But… the voiectracks and musicfiles have also shifted a couple of seconds?!? Perhaps I am doing something wrong here?

Does this happen in the playout window, or in the mAirListDB playlist editor?

If in the DB playlist editor, do the “LED” icons of the music tracks change from green to orange after VT?

When you say that the tracks are “shifted”, do you mean that mAirList fails to save the cue points (in particular Start Next) of the affected tracks correctly? All the VT Recorder and Mix Editor do is to adjust the normal cue points so that the overlap is exactly as you recorded/mixed it. So you can just go to the Cue Editor of either item and check if the cue points are still there after a reload.

Thanks for your help Torben! Yesterday I’ve bought the latest version of HOME.

I have created a playlist with an external program.
This was loaded in mAIRLIST
Then I added voicetracks from the playout windows
As you can see on both attached pictures you will see I’ve set the desired postions of the music- and voicetracks.
I even changed the volume of the second track
Then the playlist was saved from the playout window
After reloading the playlist I find the position of the music and voicetracks have shifted (second picture).
Also, the volume settings are gone. 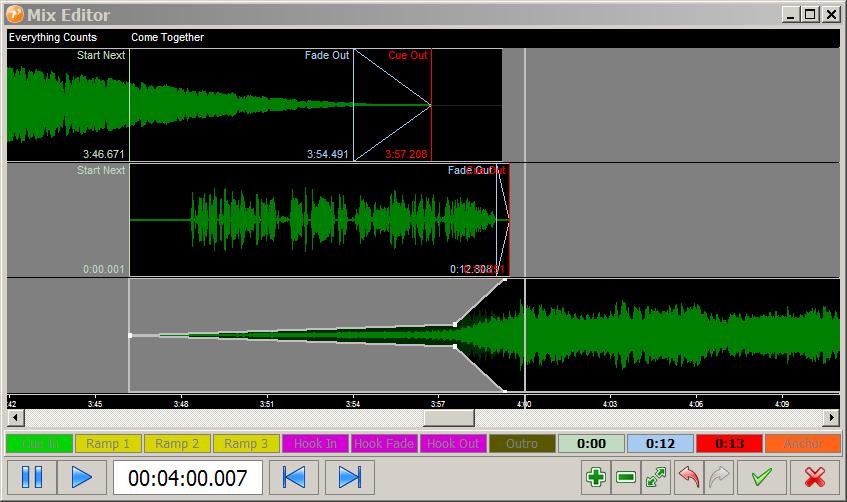 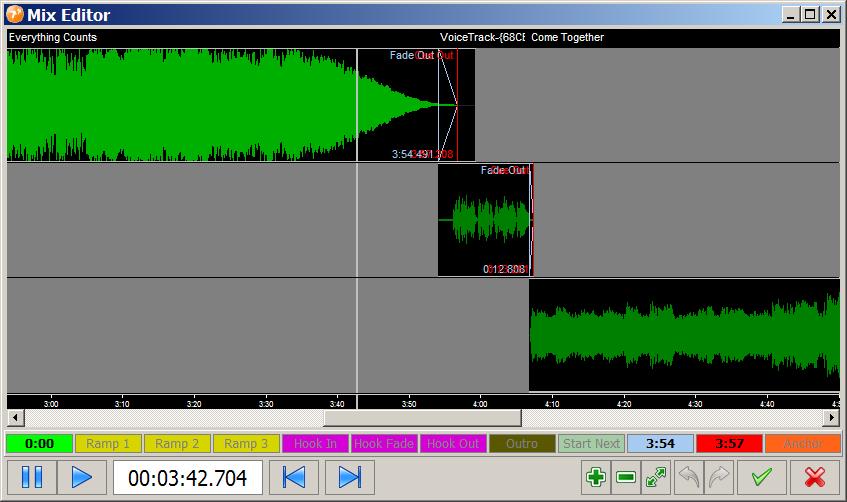 Which format do you use to save the playlist after VT?

I overwrite the .m3u playlist which I have created before.

When saving in .m3u format the cuepoints are not preserved. (Instead mAirList tries to read file tag or MMD files, or performs Auto Cue again when you reopen the file.)

You must save the playlist in .mlp format.

Thanks! Life can be simple

I really enjoy mAIRLIST.
Next time I’ll read the manual first. German is a bit hard to read

There’s a comprehensive manual in English, for the old v3.1 version though, but still interesting to read.

… and if there’s anything you don’t understand, please do ask here in the Forum!

The English manual is, as Torben said, for v3.1. The main changes from there to v4.2 are:

The last change makes it simple to limit tracks with a lot of swearing in them (e.g. hip-hop, gangsta rap) to only being played between (say) 2200 and 0500 at weekends.

Of course, there are lots of other changes as well: but those are the ones most likely to confuse you if you’re using the v3.1 English manual with an installed version 4.2 of mAirList.

Thanks! So I guess best is to read the German version as it covers most of to which my questions will be related to.