I am missing my encoder . I do not know what i did wrong in the script . But it will not appear in the mairlist playout

You probably mean that the Encoder Status window is missing. Check out mAirList -> GUI -> Screen Objects. 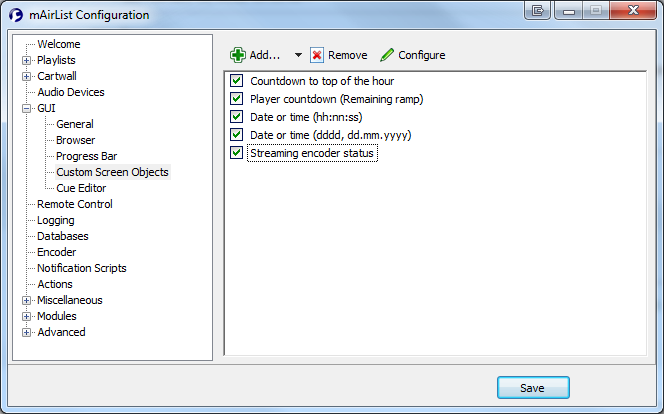 Are you using a custom layout (layout.ini)?

The skin.ini file doesn’t really matter here because it only changes the appearance of the objects, not their position and visibility.

Found the problem with the encoder. It was not visible due to many screen objects . So i reduced it