How to record to file with encoder?

I like to record my live broadcast and saw something to “record to file” with mairlist.
So I made a second encoder with that option. But how can I make it start en end recording? In events I can not select with encoder has to start. 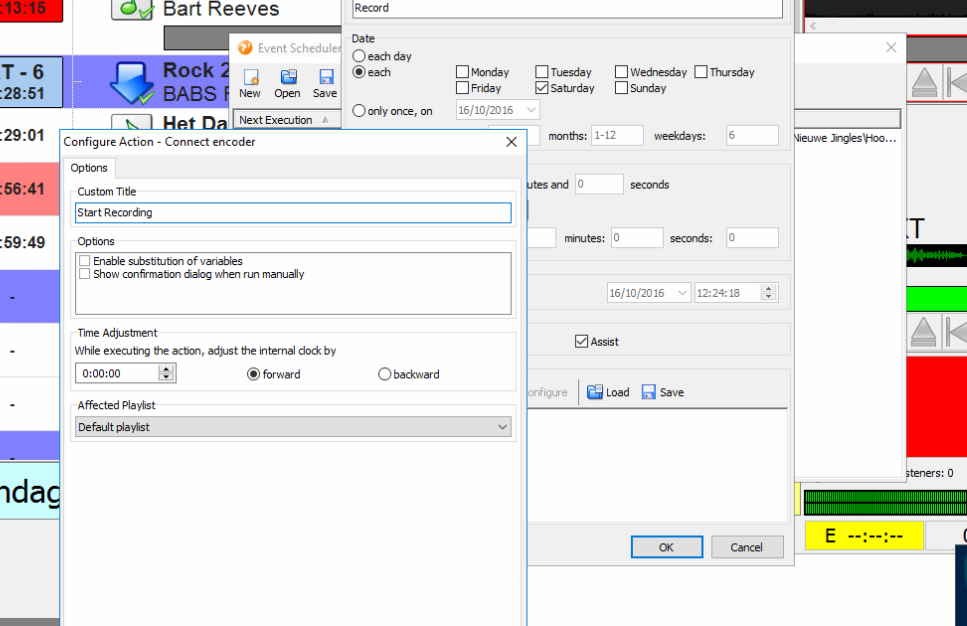 I already have that. But I don’t know how to activate it separably from encoder.
So what I really need to know, is how to use encoders on different times, not at the same time. So i have 1 mainstream to the broadcast that is working 24/7, but I want a second encoder (record to file) to record at Saturday from 10am till 12pm. 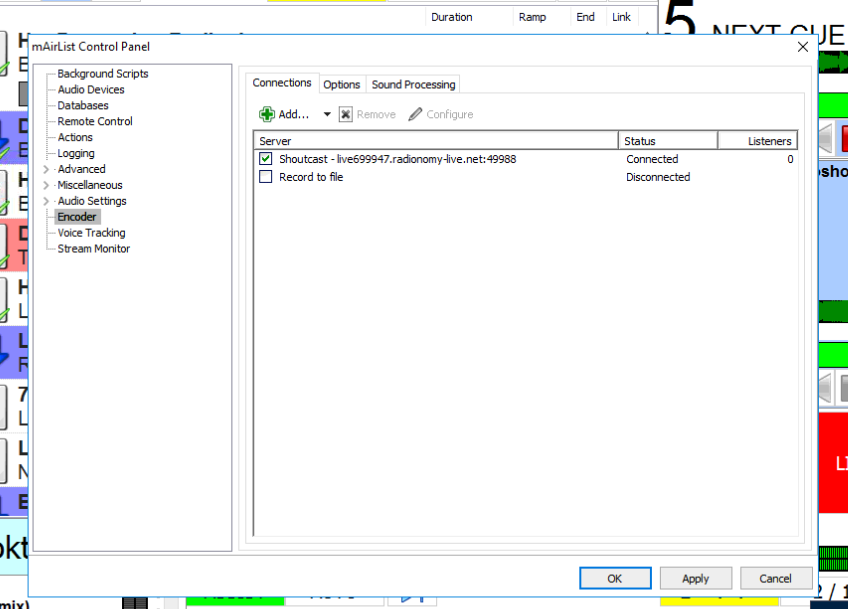 Replace 0 with the number of the encoder connection (0 is the first), and use false to disable, or true to enable.

It seems to work

Is there a possibility I can make this visual in the GUI with a button or something that change colors?

Someone posted a solution for that in the German forums some time ago:

Tried with the German explanation, but the button doesn’t change if the event (recording) runs.
In attachment you can see the different steps I followed.

It’s not necessary to use the button to start/stop the recording.

This should work for two different ‘encoders’ that I created for recording. Encoder 1 = recording program A with name A-%h.mp3, Encoder 2= recording program B with name B-%h.mp3.
Encoder 0 = broadcast, (main-encoder) 24/7 in use.
The recording-feature already works with an event, but it should be great to have a more visual aspect.

Many thanks in advance for helping me out. 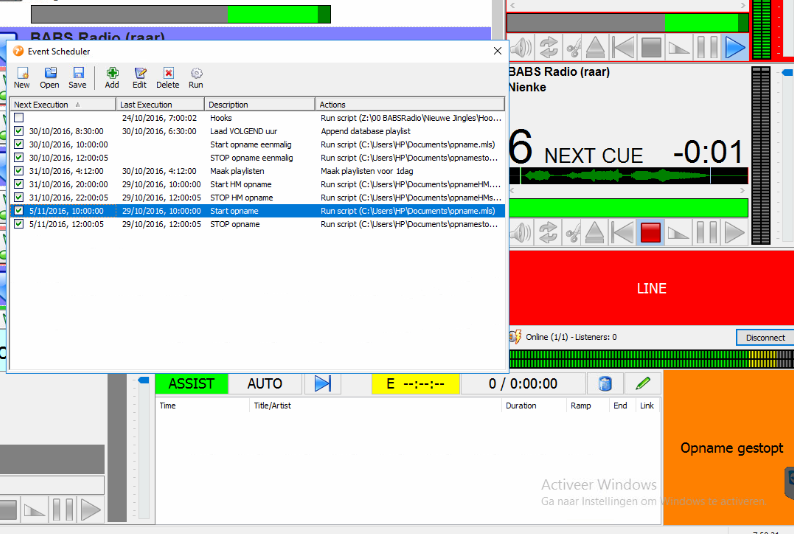 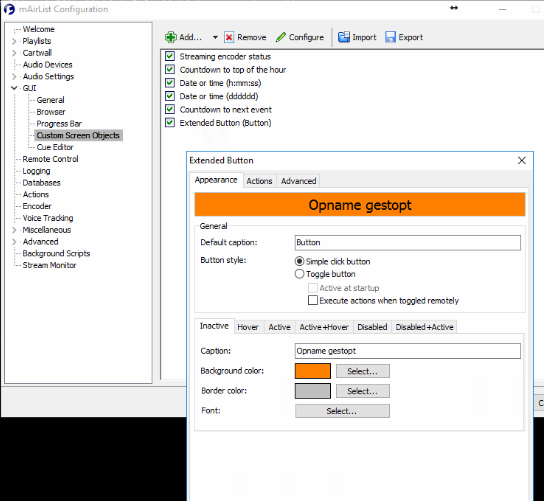 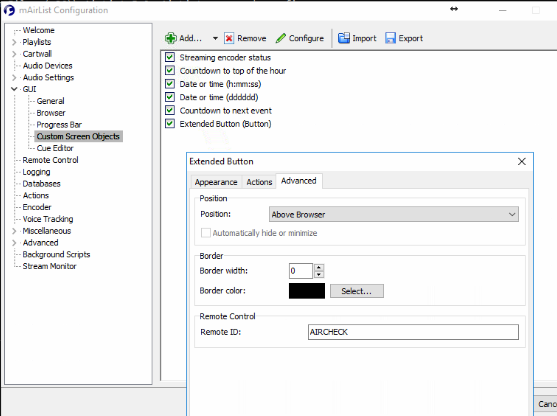