Seem to be getting fairly frequent errors as shown in the screenshot. I cannot yet tell if it’s “air affecting” but it certainly doesn’t look good.

Thoughts, suggestions etc? (Yes - I haven’t provided much detail because… I don’t really have much either apart from these screenshots!) 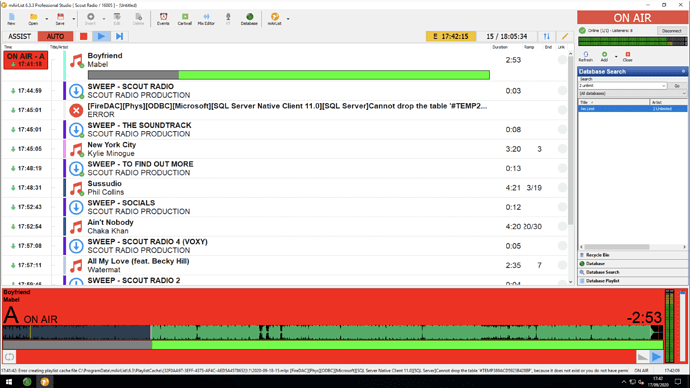 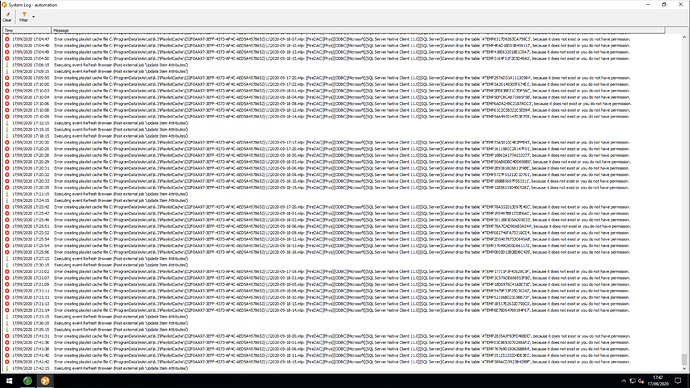 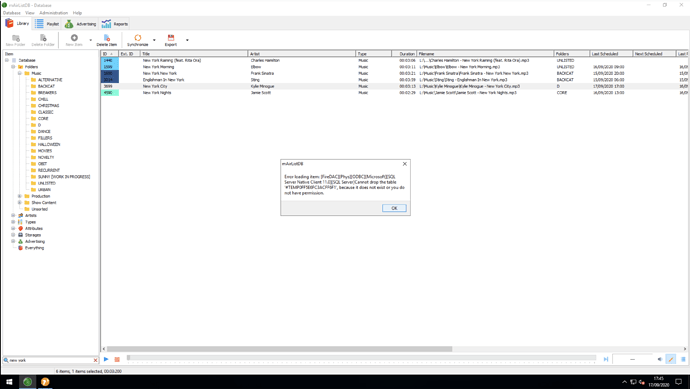 I have no experience with Azure SQL, and I have no idea why it behaves differently than the original MSSQL Server here.

What are your thoughts on being able to progress the issue and diagnose it?

We are able to provide Azure resources (free/no cost) and re-test if you have builds that produce extra logging, or are we effectively “stuck” and have to hope for the best?

Did you say it only happens with Azure SQL? Have you tried a conventional MSSQL instances, just to confirm that it’s not a general problem with the MSSQL code.

As I said, I haven’t worked with Azure SQL, and have no plans to do so. (Looking back, adding MSSQL support for mAirListDB was the worst decision I ever made, with all these things where MS doesn’t adhere to SQL standards, or makes their own, causing endless if/then/else blocks in my code).

I just checked the docs, and Microsoft claims that is essentially a hosted instance of MSSQL, and should work in the same way. I found a page with differences and limitations, but it doesn’t mention temporary tables at all.

So I have no idea where to start looking. All I could do is suppress these messages.

I have only tested with Azure SQL as that’s what we’ve been using. I can try and spin up an MSSQL setup if needed though to troubleshoot this.

I understand everything you’ve said above, from an “organisational” point of view we need to try and stick with Azure/MSSQL because it will handle syncing nicely between our “cloud” system and our “event” system (Even though I aggree, MySQL would be better)

Some google has shown me that Azure SQL has the following - Could we possibly try this behind a “flag”? (As I assume not every MSSQL server supports it) I assume at the momment you are just trying to do a “drop”.